The heart is a cone shaped muscular organ located in the chest behind the sternum in the mediastinal cavity between the lungs and in front of the spine. The heart is approximately the size of a fist.

The heart’s wall (Pericardium) is made up of three layers:

A skeleton of connective tissue called the fibrous pericardium surrounds the heart and acts a tough protective sac.

The right and left ventricles are the pumping chambers of the heart.

The heart has four chambers: 2 atria and 2 ventricles

Contraction of the atria forces the blood into the ventricles.

The heart has four valves:

The heart needs an adequate supply of blood to survive. The coronary arteries which lie on the surface of the heart supply the heart muscle with blood and oxygen.

The heart can’t pump unless an electrical stimulus occurs first. Generation and transmission of electrical impulses depend on the automaticity, excitability, conductivity and contractility of cardiac cells.
As impulses are transmitted cardiac cells undergo cycles of depolarization and repolarization. 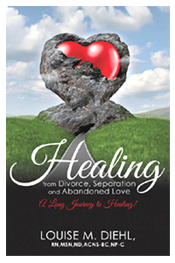 Home - Meet Louise - What is Naturopathy? - Publication Guidelines - Articles & Forms - Contact
Return to Top
Copyright © Lehigh Valley Wellness Center — All Rights Reserved Worldwide
Webmaster Deb Phillips: deb.phillips@web-design-lehighvalley.com - Deb Phillips Web Design
DISCLAIMER
Information contained within this website is for use by health care professionals
and NOT to be used by anyone in the place of contacting their healthcare provider.